As we begin this new lunar cycle on February 26th (10am EST), we are also celebrating the discovery of 7 Earth-sized planets found around a star (Trappist-1) in the constellation of Aquarius.  Astronomers believe that these planets may be capable of harboring life and may have water as well as moderate climates.  Could it be that there are extraterrestrial beings that are close to our solar system, watching us during this time of transition and transformation on Earth?
Many researchers and spiritual teachers believe that we are in fact being watched over by other intelligent beings in our universe.  There is evidence that almost all of the NASA astronauts have reported sighting alien spacecraft while in space.  Other NASA insiders have revealed that there have been high level contacts with aliens for years, but that this information has been concealed from the public.  It is also interesting that there are biblical stories and many ancient myths referring to unusual beings on our planet called “the Watchers.”

Further research is being conducted to search for signs of life on these seven planets that encircle the dwarf star Trappist-1, which is smaller in size and less bright than our Sun.  This star is located in the constellation of Aquarius where the water being poured by the Water-Bearer is flowing down towards the Earth.
It is an amazing synchronicity that our New Moon at the beginning of this lunar cycle lies near the location of this star in the constellation of Aquarius.

So, whether there are life forms on these newly discovered planets or not, it is quite remarkable that this discovery occurred a few days before the New Moon/solar eclipse located in that part of the sky.  We are certainly being given a message by the Cosmos!

The water of Aquarius represents the living waters of wisdom coming to the Earth and the energy of the New Age that we are moving into that is characterized by a commitment to truth and justice, openness to diversity, respect for the equality of all beings and an understanding of the power of community and of groups.   The meaning of “Aquarius” literally means “related to water.” And this is the time of year in many parts of the world when the winter has ended and the rains and flooding rivers bring life to the land.
The waters of Aquarius are also associated with the biblical stories and ancient myths describing the floods sent by the gods to cleanse and purify the Earth.  We see stories of the deluge and cleansing floods in the Biblical story of Noah and in the Greek story of Deucalion who was known as the Water-Bearer both for surviving the flood sent by Zeus to purify the Earth but also because he brought forth the living waters of new life to seed the coming generations.  There are myths from cultures all around the world that speak of this deluge or flood sent by the divine to purify the people because they have gotten so out of balance and caught in destructive patterns.  Is it not true that we in the world in this time are mired in corruption, abuse of power and destructive dynamics socially, emotionally and environmentally? With the New Moon here in Aquarius, we are reminded that we need to cleanse, to heal and to come back into balance with ourselves, with each other and with the Earth.
This New Moon is also an annular solar eclipse.
This type of eclipse is when the Moon blocks the Sun but does not completely cover it, so there is a visible ring of fire around the Moon.  It makes for a dramatic sight, calling our attention to this area of the sky and alerting us that we are needing to listen to the message of the Cosmos. This solar eclipse will be visible in much of South America and Africa as
well as across the Atlantic Ocean.
What does it mean that this New Moon/solar eclipse is focusing our gaze on these waters of Aquarius?  Are we being reminded of these times of transition and transformation?  Are we being called to cleanse ourselves and release our dysfunctional and destructive patterns individually and collectively in order to move into new, more healthy and balanced ways of being?
This New Moon time would be a good time to reflect on what you want or need to cleanse from your life.  In what ways are you out of balance?  What unhealthy or destructive patterns are you needing to release?  Take time to take a cleansing/releasing bath or do a fire ceremony and let go of what is holding you back from your own healing and wholeness.  Allow yourself to open to the energy of Aquarius and to see where you need to let these waters of wisdom guide you into new paradigms and into being in right relationship with yourself and with everything around you.  Allow yourself to seek connection with others who can support you in moving into more self-awareness and spiritual consciousness.  Join groups that are supporting justice, peace, equality, respect, acceptance and openness to diversity.
In this same part of the sky at the time of the New Moon are the planets Mercury and Neptune.  Neptune heightens the theme of cleansing and purification and also supports us in our intuition and in our connection with Spirit and with the oneness of all of life. Mercury here is guiding us to be reflective, to dissolve destructive thought patterns and to open to more intuitive and spiritual ways of knowing.
In this lunar cycle, we continue to experience the powerful T-square of Uranus, Pluto and Jupiter that was present last month as well.  Mars is now also in the mix in this transformational configuration and is next to Uranus.  Many astrologers view this as a dangerous combination of planetary energies that can signify accidents, violence, trauma or abuse of power.  This is possible but is the lowest level of manifestation of this combination.  And, yes, if we are not working with these energies in a conscious way, we may feel caught in fear, reactivity, anger, power struggles and act out in destructive ways and/or have those destructive energies mirrored back to us.  We are seeing these chaotic, destructive patterns in the world around us.
However, the higher level and deeper meaning of this planetary combination is not about disaster or destruction but is a call to let go of destructive patterns and to transform our actions and beliefs and to open to the changes needed in this time. As we allow these planetary energies to give us clarity about what we need to release and what beliefs we hold on to that are false or destructive, we can open more fully to the purifying energies of this lunar cycle.  We are then empowered to live in truth, in clarity and in trust and to allow our will to be informed by divine will.  We will live in right relationship with all that is.
We can consciously allow the living waters of clarity, purification, life and wisdom to flow over us, healing us and transforming us — or we can choose the path of destruction and and call on ourselves a more chaotic planetary purification. 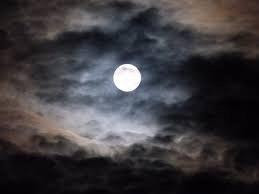 We move into the Full Moon on March 12th (10:54 am EST).  The Sun, Mercury, Venus, Mars and Uranus are now all in the stars of Pisces.  They are calling our attention to Pisces and to how we are truly at the end of the Age of Pisces and are being asked to release the paradigms of that era.  The shadow side of Pisces is getting caught in delusions, addictions and the longing for external rescue, for a savior who will save us from ourselves and from our suffering.  Perhaps many countries are opening to authoritarian leaders in this time due to fear and a longing for a strong messianic figure who will promise to rescue us and make us feel more strong and secure again. Take time to reflect on whether you are seeking healing or rescue from someone or something outside of yourself or whether you are moving more deeply into your own healing and transformational process.
The meaning of the Aquarian Age is that we are the ones that we have been waiting for.  We are each meant to hold the light and love of the divine/Cosmic consciousness.  The energy of divinity is within us, and we can choose to either live in disconnection and destruction or to manifest the energy of light and love in the world.  It is time to take full responsibility for ourselves, for our choices and for our actions. 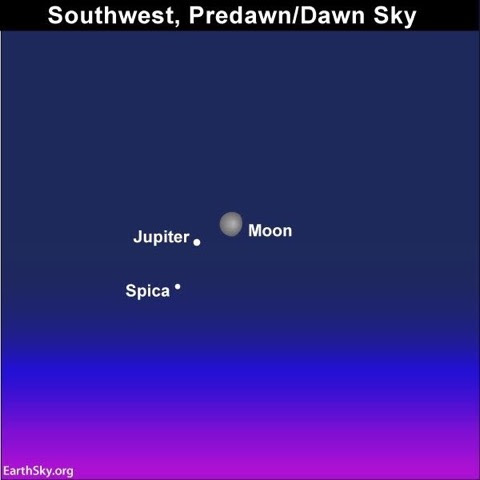 The Full Moon is now moving into the stars of Virgo.  Jupiter is also in this constellation and continues to be close to the bright star Spica.  We are being guided to see that if we open to this time of purification and allow our old destructive patterns to dissolve, this can be a time of healing and of manifesting ways of being that are truly healthy for ourselves and for the Earth.  The Sun and Moon are now in a T-square with Saturn, which is at the foot of Ophiuchus the healer.  As we allow ourselves to open to the living waters of Aquarius and open to that energy of wisdom and of healing, we can move into new beliefs and new ways of being that are healing for ourselves and for the planet.
We are being guided.  We are being watched over.  We are being given clear signs and messages from the Cosmos.  It is time. The change needs to come from within us.  We need to join together in this time of purification and healing and move into new paradigms that are more in balance and in right relationship with all of life.
These are stormy times.  Let us let the living, cleansing waters of wisdom flow over us and fill us and purify us.  It is time now to dissolve our old ways of being and to open to the currents of the Cosmos trying to guide us back into wholeness and oneness with all that is.   Then, together, we can create an energy of healing and of love and of balance and can co-create a new world. 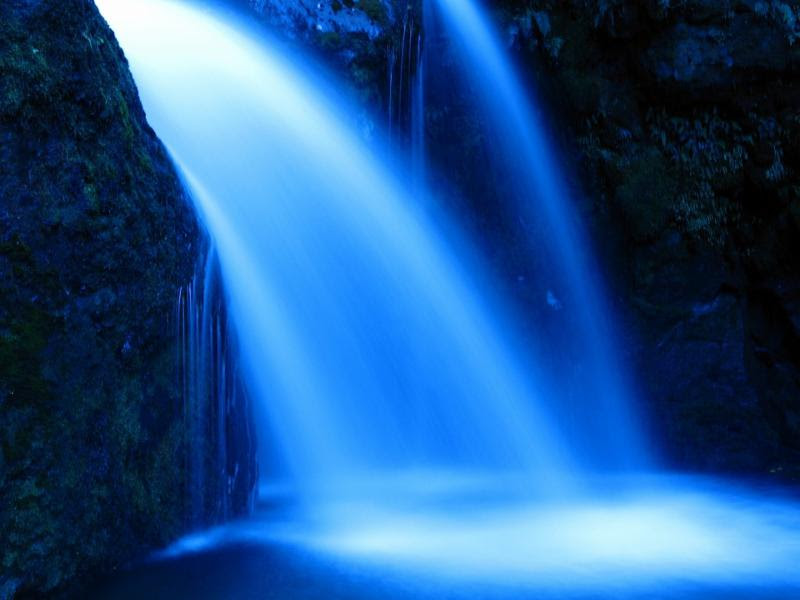