IN THE HORNS OF THE BULL OF TAURUS

We begin a new lunar cycle on June 13th at 3:43 pm EDT with the New Moon and Sun joining together in stars of Taurus at the tip of one of the horns of the Bull. These stars have been seen as an auroch or bull for thousands of years.  What does this archetypal image mean?  What does it mean that this New Moon is highlighting this area of the sky?
The image of the bull resonates in our modern western culture with depictions of 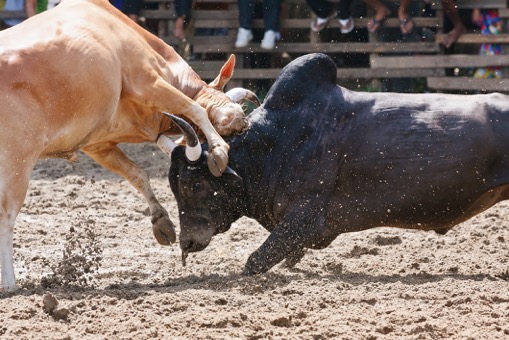 aggression and reactivity.  We call things that we think are absurd “bull” or “bullshit.” We view someone who is overwhelmed with anger as like a “mad bull” from the history of bull fights in Spain.  We perceive the horns of the bull as dangerous weapons, and we talk about being “on the horns of a dilemma” when faced with a difficult choice. We see the bull as a force of destruction and describe someone who creates chaos as like “a bull in a china shop.”  We view strength as the willingness to “take the bull by its horns.”  We also idealize the ability to control or conquer this beast with images of hitting the “bull’s eye” or gaining financial success through a “bull market.”
Notice how many of these phrases portray the bull as an animal that is in fight or flight and is dangerous or destructive, and our need to master it or conquer it.  We, like the Spanish conquistadore, strive to tame or control the beast.  We try to master our emotions which we view as our “animal nature” and view life as the survival of the fittest. We currently see in our world a style of leadership that is described as “bullying,” where leadership is defined by the capacity to dominate others and take charge like an angry bull. 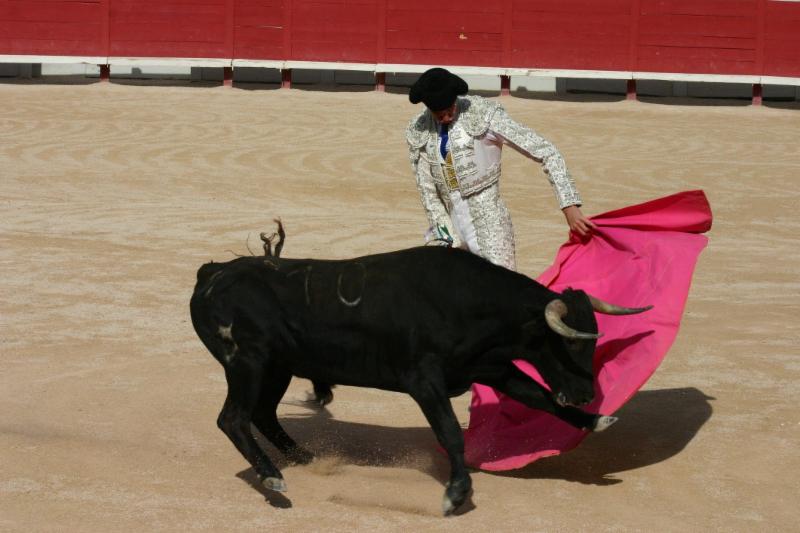 In Spain, in the bull fights,  the conquistadore who could out maneuver the bull was honored.  In mythology, we have images of the hero who slays the dangerous bull.
Later, in cultures such as ancient Rome, bulls were slain in a ceremonial sacrifice to secure protection and success for the emperor and the city.
But is there a different understanding of the archetypal Bull that is not either one of a monster or the sacrificial animal?
Bulls and cows were seen as sacred in the Age of Taurus from about 4000 – 2000 BCE.  In ancient Egypt, India, Mesopotamia, Africa and many other cultures, the bull and cow were revered and were associated with the stars of Taurus.  For many of these cultures, the celestial sphere was a cow giving birth to the Sun, its calf.  The horns of the bull were symbolic of the crescent moon. Many ancient deities took the form of a bull or were associated with the bull including Indra in India, Apis in Egypt, and later, Zeus in ancient Greece.  For ancient cultures, the bull or auroch was seen as a source of life, gifting the people with fur for warmth and food to sustain them.  The cows modeled nurturance and good mothering. 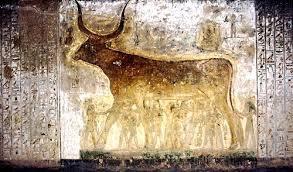 The bull in these cultures was not an image of aggression or destruction.
It was symbolic of the sacredness of the sentient creatures of the Earth and associated with the energies of the Sun and Moon and the cosmic order.  The bulls and cows were seen as life-giving and life-affirming.
It is amazing how we can change our perceptions of a symbol or an archetype over time.  We now fear, devalue and project negative images on to what once was revered and seen as sacred.
As we honor this New Moon, it is an important time to think about our projections. What do we view as sacred?  What do we devalue, abhor or fear?
How do we honor that there are many ways of perceiving others or the events around us?  Can we allow for these differences?
This new Moon is also guiding us as we move into new paradigms, new ways of thinking and seeing as we are moving into the Age of Aquarius. We must be ready to shift and open to new ways of perceiving and being.  This new Moon is in aspect to Neptune, supporting us in dissolving these old beliefs and rigid ways of seeing the world.
If we understand that we are globally in this shift from old paradigms into radically new ways of seeing, we can understand how so much of what we are bombarded by daily in the media is related to people’s agenda and are opposing viewpoints or radically different perspectives of events or facts.  In this confusion and chaos, we are being guided to let go of old lens and to see things from a different and clearer perspective. 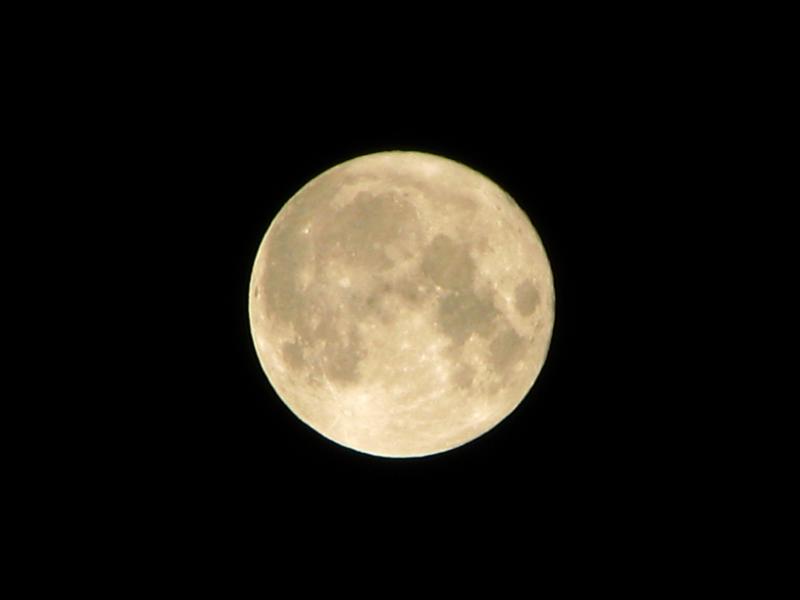 As we move into the time of the Full Moon on June 28th (12:53 am EDT), the Sun is now in the stars at the feet of the twins of Gemini, and the Full Moon is in the stars of Sagittarius, aligned with the eyes of the archer, staring into the Galactic Center, our Source.
We are being guided to allow our old ways of thinking and being to melt away, to trust in our connection with Source and the ways the energies of the cosmos are carrying us into new ways of seeing and being.
In particular, this lunar cycle is calling us to reshape how we see the world, the ways that we act and how we view relationships.
Changing our paradigms and ways of seeing and being:
How we see the world:  Are we seeing ourselves as part of a global community? Are we understanding that we are a part of the oneness of all that is?  Do we see that the animals, plants and other life forms on our planet are also sentient beings to be honored and respected?  Can we let go of being the “bulls in the China shop” of our beautiful planet and become life-giving, life-revering beings? 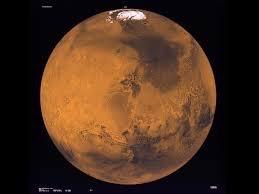 How we act:  As we enter this time of the Full Moon, Mars has gone retrograde as it does every two years for 58-81 days.  This is when Mars appears to move backwards in the sky, making a reverse loop before moving forward again. 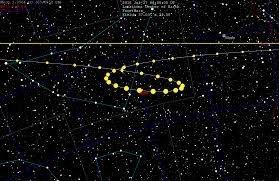 This occurs when Mars is opposite the Sun and closest to the Earth, so it also when Mars is at its brightest.
Mars will be retrograde from June 26th until August 27th.  This is a profound time when we are called to turn inward, to examine our actions and ways of being in the world.  Rather than acting in habitual or reactive ways, we are called to reflect on our decisions and actions.  It is a call to change our ways, to be less aggressive, more contemplative and more conscious of our actions.
How we are in relationships:  This lunar cycle also highlights our perceptions and ways of being in relationships. Uranus moves into connection with the asteroid Juno at the time of the Full Moon, and Pluto is beside Black Moon Lilith for the full lunar cycle. These configurations are guiding us to break out of old stereotypical ways of seeing relationships.
We are being supported in being in relationships with others in a more accepting and authentic way.  And in our primary love relationships, we are being guided to seek full mutuality and true intimacy — based on integrity, depth and authenticity not based on conforming to others’ expectations or allowing others to control or manipulate us.
As you navigate this intense lunar cycle, honor that you may experience times of tumult or periods of confusion.  This is because we are in a process of moving through this profound paradigm shift, and old ways of being and seeing the world are no longer working or providing us with the security that they once did.  Allow the energies of the stars and planets to guide you and trust that we are all being held and supported in moving through this time of transformation.  Instead of getting pulled into fear or anger, allow yourself to be curious, to let go of the old lens, and honor your feelings of vulnerability.
Surrender the need for certainty or control and allow yourself to see yourself, others and the world with new eyes.  Then, we can be in the mystery together and hold ourselves and others with compassion.

Mercury – moves away from the Sun and becomes barely visible in the west just after sunset
Venus – is an evening star and can be seen in the western sky after sunset
Mars– is moving into opposition with the Sun and is bright in the sky; it goes retrograde from June 26th to August 27th
Jupiter – is visible in the eastern sky after sunset and through most of the night
Saturn – is opposite the Sun and visible most of the night; at the time of the Full Moon, it is close to the Moon
Heather2018-07-02T16:56:37+00:00